A "Terrestrial" is defined as someone who currently is contained within the density of "Terra/Earth," with all limitations, rules, and attributes that condition implies.  When we speak of "contained," we are referring to something or someone who is perceiving (or who is being perceived) from this frame-of-reference.  To be seen by an "Earthling," therefore, is the same as becoming an Earthling.  That is because there isn't just one Earth.  There are many.  (For expansion on this concept, click here)

An "Extraterrestrial" is defined as something that remains outside the scope of our perception.    We have never seen one before, nor have they really seen us (in the sense that we see things).  "Extra" means "outside."  If an Extraterrestrial is ever truly perceived by a human, it is no longer an Extraterrestrial, is it?  It will immediately become a hybridization of human awareness---a shadow of personal realization.  This is why "experiencers" most often describe their encounters with ETs as being "dream-like."  Dreams are the place where humans mix and blend familiar and unfamiliar energies.  It's a "free zone" for the mind.

This is what happened with the Zetas--who "crashed" at Roswell, in 1947.  Once they entered our perceptual "field," they became what WE wanted them to be.  They "fell" into our grasp, and were clay for the potter.  From there on, our imaginations went wild.  This was all by mutual contract, of course.  A RECONNECTION, to be sure.  Very similar to some of the RECONNECTIONS that are yet to come!

Humanity is quite accustomed to integrating "new" and fantastic intelligence and substance.  For centuries, we have been busy concocting images of Ultraterrestrials (faeries, devas, and elementals).  We take the images of what we know, and we wrap them around the energies we don't know, or have forgotten.  This is the core process of all creation.  Perception is creation, not the other way around.  Everything already exists.  But not for us, until we choose to let it in.  Once we do, it becomes us---even though we choose to imagine that it is still separate.  We are what we see, and vice versa. 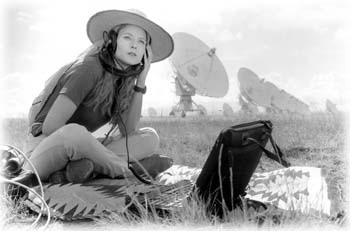 Have you noticed the similarities that exist between the appearance of pixies, faeries, and gnomes---and the various races of "known" Extraterrestrials?  Those images all come from the same source--the human mind.  They are an amalgamation of our fears, our hopes, our points of fascination (usually with animal, insect, vegetable, or mineral realms), inspired by Extraterrestrial TONES, and then congealed into our impression of what WE would look like if we took on some of those (primal or sublime) aspects.

The concept of "landing" on Terra would be as unnerving for ETs as it would be for us.  This is because, in order to land here, they must alter their essence.  They must transform.  They also must submit to our re-interpretation of them, based on our own perceptual bias.  This is the same type of "concession" that is made by any author, when his or her book goes public.  Once the manuscript leaves an author's hands, its content is "up for grabs" by every viewpoint with which it comes in contact.  The same is true of perceived images.  In this regard, the Mayans are quite right about being photographed.  It does "steal" a part of your soul.  Or, shall we say, it allows you to INVEST a part of yourself into a new "family," where all can expand, and learn more about the infinite diversity of All That Is.

The movie and literary renditions of ETs are "Dreams of the Mass Mind."  They are a collation of our hopes, fears, and anticipations---activated by our current infusions of "new" energy.  We call them "Extra" Terrestrials because we don't want to integrate the Oneself too quickly.  It would short-circuit our individual "game" of 3D, which is built on separation. The planet divisions and barriers are as arbitrary as the barriers we now place between nations and cities.  That will all change in its own good time.  We are ALL ONE, and we are slowly beginning to figure that out.

Beyond 3D, there is little need for such things as "national or planetary boundaries."  The whole "Federation of Planets" idea, that has run through the movies and many religious systems, is a reality construct that has been developed by us, to make us more comfortable with the fact that we are TAKING ON FOREIGN ELEMENTS.  So.......as quickly as possible.......we go about the task of re-making those elements in our own image.  It is the way of things.  We imagine that other planets are like Terra---that they have "counsels" and "armies" and "Ship Commanders."  And so, we formulate a "story plot" that imagines what such a mixture would be like.  It's great fun, and very valid and real.  However, behind all of the variable "stories" and established "evidence," there is still much, much more to be revealed.

You might say that the "races" of Extraterrestrials who have been perceived by or who have "contacted" humankind to date represent a compilation of aspects that portray all of the "NEW" OR OUTLANDISH ENERGIES that humanity is ready to integrate, mixed together with all of the images or concrete portrayals of their (formless) energy that Extraterrestrials are prepared to offer at this time.  And the story goes on.  And more will still be revealed.  The question is:  Are we willing to lay aside what we think we "know" about ETs, in order to move to the next level?

Those who are currently involved within the Reconnection Universe, including many of you who read this material, have the option of being BRIDGE PEOPLE, as well---spanning yourselves between human and Extracontextual Consciousness.   Because of our love and our interest, we volunteer to become the cauldrons within which all of these fantastic alchemical mixings and blendings take place. 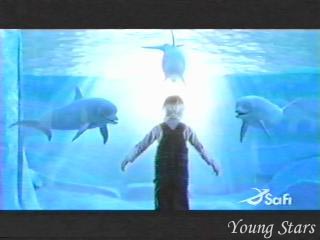 Except where noted, all writings are by Daniel Jacob.  Copyright, 1992-2008, by Daniel Jacob.  All Rights Reserved.  May be copied and shared, for purposes of personal growth and/or research, so long as the above URL and this copyright notice are included in their entirety.  All reproduction for profit, by any means, requires the written permission of Reconnections, Inc. 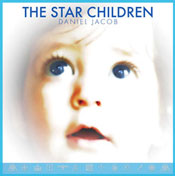 Dark Forces and the Coming Transformation

Labor Pains of the New Humanity

Training in the Intuitive Arts

The Basics of Oneness

Neo-Shamans of the New Millenium

The World Is My Desktop

Our Life With Words

Dreams of the Mass Mind

Trans-Portals2:  Travel Within the Multiverse

Trans-Portals and the Disease Process