In our Pleasure-Pain Message, we spoke about a place of conjunction (energetic merge) which is forming at the center of all polarities that operate upon your planet at this time. Is it a fine line that exists between "this" and "that" (in whatever form those ideas will take).  It is neither "this" nor "that" but a conjunction of both ideas, in whatever context of life you are studying.  The ancient Celtic Peoples referred to this as "the betwixt and the between."  It is the Body-Mind, the Pleasure-Pain, the Up-Down, the Hot-Cold and so on and so forth.

If a particular energy considers itself to be "pure"............there will be no desire to approach The Betwixt and Between, either in consciousness or in actual physical space.  In fact, such individuals will usually want to run the other way!  And yet, within every polarized essence there is a sub-part, an "Inner Child," if you will, that manifests a curiosity about things that are "impure."  When we speak of "purity," we are talking about that which is "uncontaminated" with tolerant exposure to its opposing factors.  Have you heard the expression "What you see is what you get?"  That is a purity expression.  It does not allow for variance or divergence of motive within itself.  It is either pure light, or pure dark.  It is pure good, or pure evil.  There can be no compromise. 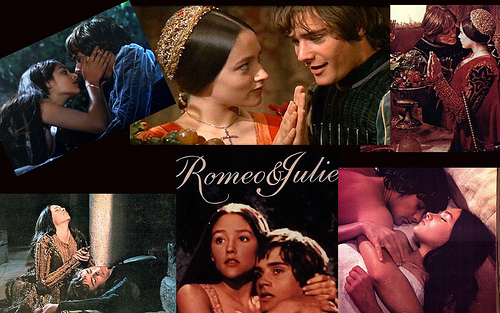 Do you remember the love that Romeo had for Juliet?  Do you remember the fascination she had around him?  This is an example of an energetic vortex that is formed in The Betwixt and Between.  It is two (supposed) "opposites" (Montague and Capulet) bonding with each other....and as they begin to dance in physical space, they draw many people and ideas into their flow.

A Vortex spins or turns, like a revolving door in a huge office building.  It can bring certain elements in, and it can also carry them out.  A Vortex can turn clock-wise (when the energy opens), or counter-clockwise (to close it up again).  In your physical body, there are spinning vortices which you call "chakras," and they open and close like the shutter on a camera lens.  Each of them represents certain energy dynamics, and their state of openness or closing is a prime indicator for your general attitude towards the immediate environment in which you find yourself.

WHAT IS A MERKABA?

The basic symbolism of The Harmonic Concordance is centered around the image of a Grand Sextile, or Star Tetrahedron which appears in the Astrological Charts that portray and study key parts of your planet in the days of activation which are ahead.  At a certain time and place, the appearance of a Grand Sextile in your chart will begin to penetrate the tender membrane that surrounds your consciousness, and produce reactions and decisions in your life and in the lives of all those who surround you.

This symbol is also known as a Merkaba.  Like the wind that speeds past an airplane in flight, a Merkaba can be an Energetic Vehicle for those passengers inside that plane.  If a hole is cut in the Veil that surrounds their minds and hearts, the "wind velocity" of the Multiverse will begin sucking people towards expanded awareness, and they will be forced to make decisions about their goals and their lives in the Now Moment.

The symbol of the Merkaba is shaped like a "Star of David."  It is an overlap of two inverted pyramids, one of them pointing in one direction, and another one pointing in the opposing direction.

What causes the Wheel of the Merkaba to spin is the attraction/repulsion response that accompanies the mixing and mingling of all these (seemingly) divergent energies.  As a soul approaches a point of conjunction between two "opposites," that soul must make a decision about who he is, and what his relationship will be to the dance that he witnesses in that space.  Does he side with the one, or does he choose to side with the other?

When an Irresistible Force meets an Immovable Object, the only thing that can happen is a MERGE.  If neither is willing to "give space" to the other, and if the velocity of their claims to that space are fairly equal, then the only option they have is to BECOME ONE WITH EACH OTHER.    MORE

Copyright, 1996-2009, by Daniel Jacob.  All Rights Reserved.  May be copied and shared, for purposes of personal growth and/or research, so long as the above URL and this copyright are included.  All reproduction for profit, by any means, requires the written permission of Reconnections, Inc.