James Spader, as Daniel Jackson, in the movie "Star Gate"

"Transport between dimensions can be horizontal (through time), vertical (density to density), or diagonal (variations of both).  Whenever a traveler begins a journey, it will always manifest full circle, to return to its point of origin.  Stops along the way may be recorded to memory, within an individual life, as though they represented an end.  But really, there is no end.  Everything moves in a circle.  A spiral, really.  Any appearance of an "end" is illusion, and a powerful illusion it can be!  Lessons are learned, and the wheel of life continues to turn."

Energy Gates: Doorways, through which travelers can pass.

There are many ancient structures which have served, in days past, as human "Ascension Chambers."  One such structure is older than Stonehenge, and exists now in Ireland.

It is called Newgrange.  Inside, the passageway is rounded at the top.  Underneath the main floor is a giant crystal, which energizes and facilitates all who enter to make whatever Multiversal Leaps their hearts desire.

Another Elevator Gateway is well-known as The Great Pyramid in Egypt.  Down through history, this particular Trans-Portal has been a favorite access point for Atlanteans (among others) who have done experimentation with time travel and who still use it for comings and goings today. 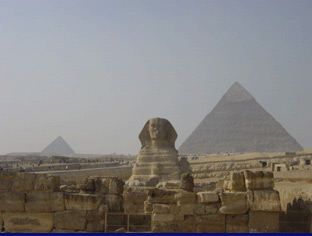 These famous structures are mere examples of the manifold Elevators that exist all around you.  They are famous, filled with tourists, and are protected because of their notoriety.  Others are less known, and are points of interest to those among you who are serious about your journeys, and wish not to be disturbed in your process.  Gates can be opened, and Gates can be sealed again.  It is all a matter of mutual contract between a traveler and the reality context within which he moves.

GETTING ON THE ELEVATOR

Assuming an attitude of unconditional acceptance, or neutrality becomes an AUTOMATIC ELEVATOR within the Multiverse, enabling any of you to move freely between the various realities that exist within All That Is.  To decrease vibration, it is necessary to form a judgment concerning the universe you are inhabiting.  The degree of deceleration is correspondent to the intensity and essential inflexibility in the attitude of the observer.  The more absolute the judgment, the heavier the reality becomes.

Different Polarities---same vibration.  Neutrality is the doorway in and out of any universe.  When a person lets go of judgments (self and others), the elevator moves up.  When he takes new ones up again, the elevator stops, or even goes down.  If he remains constant, he has the option of getting off and doing business at any "floor" that matches his energy.  These are the laws that govern movement within the Multiverse.  You have been using them skillfully and constantly from the beginning of your journey here.  However, now you have the option of using them consciously to intensify the power of your experience.

Even as the (still valid) model of reincarnation has been fulfilled and expanded by your growing awareness of simultaneous parallel existence (multiplicity)---so now can the concept of Astral Travel be upgraded, if you wish, to an experience we call INTER-DIMENSIONAL TRANSPOSITION.

What is the shortest path from anywhere to anywhere else?  As the crow flies?   Not really, although it may seem so.  There is now an even quicker, easier way for a person to move around the Multiverse.  All he needs to do is CHANGE HIS IDENTIFICATION OF "SELF" from one reality context to another. The appropriate images and icons are already there, in the alternative locale, so there would be no need to vacate one existence in order to visit another.  In fact, the leap is even more compelling when you do not.

During this current upgrade, the experience of lifting out of a physical body will often be replaced by a calm realization that it is *all* your body.  Decomposition and Recomposition may not even need to apply.  And this confidence will serve as a streamlined version of the "silver cord" which once seemed so important during an OBE.  Each of you who travels is sustained by the knowledge that everything and everyone is but an single aspect of you.  Microphones and electric guitars are now cordless, why can't you be?

It can certainly appear, for example, as though your many "lives" are concurrent TV shows that are being filmed all in the same studio, but in different parts of the building.  Inside the Director's Booth, there are many screens, visible only to the production staff.  When the time for a shift comes, the Director makes the call---and camera one switches to camera two, though the Audience remains the same.  Understand, then, that each of you is your own Director, Actors, Production Staff, and Audience---all gathered into one.

There are Trans-Portals that connect person to person, place to place---monitorable through the Gateway of your Imagination.  Anyone can do this, but not everyone believes in the impressions that come.  The Imagination has been greatly discounted during this passing Age of Reason. Whenever this important faculty is allowed to come back online, some people get scared by it, and think they've lost their mind.  Actually, the opposite is true!  A valid part of the mind, which once was lost, is finally returning.  And what a gift it brings!

Some people are primarily visual, others travel on waves of sound, and still others take sentient journeys through space and time.  A leap through a Portal can happen over several minutes, or it can be completed in the twinkling of an eye.   Some people register "time loss," while others edit out all memory of the trip.  As we said earlier, the vividness of the experience is not the issue.  The fact is that you went, you came back, and you probably have a story to tell.  Why don't you sit down with a piece of paper and let yourself tell it?  That is, in fact, the very method in which we have grown in our connection with this physical channel.

HOME |  BACK TO ASTRAL JOURNEYS SECTOR