One method for accessing our personal "Reconnections" is through a communications technique known as "Channeling." Also known throughout history as "Prophecy," "Inspiration," or "Mediumship," this simple (yet profound) skill provides a direct access into what has been termed "The Akasha" (or the Akashic Records). These archives are a stream of consciousness that flows near or around every person. In them are contained all of the knowledge, images, and miscellaneous information anyone could ever need.

In a way, the Akasha is a like an INNER NET, into which an individual consciousness can gain ACCESS. Once we have "logged on," we are free to employ SEARCH ENGINES (called Spiritual Guides) that will help us explore whatever themes or topics we desire.

Our modern surge of interest in mediumship began in 1848, when two sisters by the name of Fox, aged 12 and 15, began to hear rapping noises in and around their house. Over time, they developed a way of interpreting those noises to gain "messages" from "spirits," or "disembodied entities." When local townspeople began exploring the profundity of these messages---national, and later international interest in the occult began to spread like wildfire.

As it is with all movements that involve money and/or notoriety, mediumship has had its charlatans as well as its genuine articles. Famous mediums of yesteryear have included Daniel Douglas Home, Bishop Pike, and Edgar Cayce. While support for their work endured, each medium has enjoyed a devoted following of those who wished to avail themselves to wisdom that comes from beyond the physical world. Then, at some point, the momentum of their work fades, and they are replaced by a new variation of practitioner for this ancient art. Among these names, Cayce still enjoys quite an avid following.

In the 1970s, the name "channel" began to be given to mediums such as Jane Roberts, who brought through important messages from an entity whose name is SETH.

Seth was one of the first spirit teachers to discuss, at length, the concept of Multidimensionality.  Although embraced as very interesting information in his day, humankind is only NOW beginning to realize the implications of what we were being given through Jane Robert's sessions and books.

Other important channels, in my experience, have been Jach Purcell, channeling LAZARIS, as well as Darryl Anka, who channels the Extraterrestrial BASHAR. It would be well worth your time to look further into their teachings, which have affected my growth profoundly. 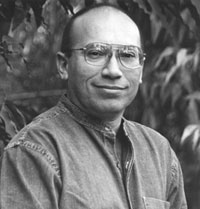 Basically, there are three types of Mediumship:

The Dawn of a New Era

The Reconnections have shown me that humankind is in the process of entering a NEW ERA in our experience of higher truth and wisdom. With the development of Conscious Channeling, and with the many adjustments that have been made to our vibrational frequency over the past twenty years, humans are now able to DIRECTLY ACCESS the Akasha for themselves, thereby eliminating the need for expensive trips to professional mediums and/or subservience to a religious hierarchy that feeds them "God's Truth."

In many cases, there is no longer a need to go deeply into trance to gain access to higher truth. If and when you are ready, you simply need to clear yourself and go into a FOCUSED SPACE WITHIN, where you will meet your Guide(s) and present queries to the Akasha Library. Part of my work involves assisting people in making this connection. The other part of my work involves assisting their physical bodies to handle the energy download that usually follows such a stimulating experience.

Newcomers to Channeling often express fear that they will encounter "evil spirits" when they open themselves to higher wisdom. Some even use this as an excuse not to open their personal channel. To them, I would simply say that "good" and "bad" are simply terms of JUDGMENT that are applied, by some people, to ideas or people that they do not like. Our journey into the Unseen Realms is very much like Luke Skywalker's first trip into the "Dark Side." When he entered the cave, he asked Yoda what would be in there. Yoda responded: "Only what you take with you."

I will not tell you that exploring inner consciousness will never be scary. I have been scared many, many times. However, when I managed to move through the process, I discovered that the fears---and the beings that supported them---where distorted images that were heavily colored by my own repressed desires, guilt, or other unprocessed emotional issues. When I gave myself permission to admit that, and fully face whatever was in there, I found freedom from my demons. In fact, I have learned that the word "demon" comes from an old English word "daimon," which means "inspired teacher."

The word "occult" literally means HIDDEN. And, down through the centuries, there has been certain truths and bodies of knowledge that have been deliberately held back from mainstream thought. The people who explore these topics and themes all have specific personality characteristics that qualify them to deal with the energy surge that goes along with dealing in higher vibrational truth. These truths are known as "estoteric knowledge."  Channeling, in this regard, becomes a downstepping of expanded tones, originating within dimensions beyond this one.......and translating them into words, phrases, and movements that have meaning for this current society.

When mainstream thought allows itself to integrate these new and exciting truths, the "esoteric library" will simply be filled with EVEN HIGHER vibrational truth. After all, the Multiverse knows NO LACK in its ability to stimulate, edify, and thrill those who dare to journey there. The result will be another VIBRATIONAL SHIFT that will happen to our planet. And the party continues...................

Your thoughts and questions are very welcome. Contact me, and I may include the answers in the FAQ Page.