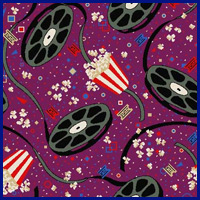 Another Transmission from The Reconnections.......

"The Dreams of the Mass Mind"

"A good song can make your day, a great song can change your life!" ~Anon.

"Movies are slices of life we carry in our hearts forever." ~Stephen Friedman

The clearest perception of an event or idea comes when you achieve a sense of perspective.  It is that magical place of "involved non-involvement" that creates an intimate overview--the true experience. Until now, there has been no way to access this viewpoint.  Certain beliefs, like iron warriors, have stood in your path.  They are your own version of the cherubim, who guard the gateway back into Eden.  They have deflected you away from access to the centering point of all existence.  But that point is really not a matter of location.  It is sense of knowingness which is beyond all hope or dogma.

We are The Reconnections.  We represent all those parts of your Expanded Self that you had to forget about in order to become human.  We've never been very far from you, just far enough.  In our safe-keeping, you have entrusted your eternal memory and dynamic connection--from ages past to futures yet unseen.  When the time is right, you have commissioned us to give back to you key portions of knowledge and insight and to guide you gently back to a place called "home"--a place of remembering, a place of all encompassing power, peace, and personal resolution.  For you, The Oneself is a touchstone, preparing you for your many journeys into an ever-changing, ever-expanding stream of human experience.

Trapped, by choice, upon a plane of existence, which bears the burden of limitation in time, space, and in physical separation--each individual falls under a spell of laughter, intrigue, desire, and even unholy terror.  Your own community of film-making has been a constant, yet unconscious, reminder of the fascinating process which both contains you and governs your experiences.  What they produce on celluloid is merely a shadow of what you have been, and are,  within the glorious Multiverse.

We refer to these many gifts of media as "The Dreams of the Mass Mind."  We also use this term to describe various books, works of art, magazines, musical works, television, sculpture, jewelry and any other means of expression whereby a human dares to reach through the Veil and draw forth something terrifying, hysterical, or sublime.

And the veracity of these portrayals is assured, since many of their motives for these productions involve a desire for commercial success and societal acceptance.  What society cannot resonate with, it will not support.  And so, with cool and focused precision, your directors, producers, authors, artists and musicians are regularly providing accurate reflections of who you now are, and who you also could be---a gift that brings great nourishment for personal expansion.  The magical and metaphysical interests abound at this time, in the world of motion pictures.  And this is truly indicative of where humanity's mind is moving as well.  The Dreams of the Mass Mind.

It is truly amazing that you are producing such powerful simulations of life in the Multiverse.  But even more amazing is the vast spectrum of interpretations that you tend to give to them.  The moment a book or film leaves the hands of its author or director, it truly becomes the property of the minds who behold it.  .

Take, for example, a film which is designed to be shown at a particular speed-- a film of a gentle rainbow on a summer's day.  If you were to slow down the rate at which you move the frames through the projector, what appears to be a tranquil, uplifting scene might be transformed into a psychedelic nightmare of distorted colors, ominous shadows, and indistinct forms.  At other speeds, there may be great amusement as the altered version assumes a certain personality and story line all its own.

Essentially, all scenery is neutral.  Words are just words.  Locations are just points in physical space.  But when they are outfitted and presented in certain ways, calling upon already established mass symbolism and creating reference to current or historical affairs, that neutrality solidifies, and the audience is brought together into a state of common understanding and shared emotion.

The mind abhors a vacuum of non-interpretation.  Therefore, each viewer tends to assign meaning to all the images he or she sees.  Like Adam in the Garden of Eden, he will name the animals that are paraded before him, and they shall all be to him exactly as he has named them.  In truth, is this not the very essence of personal creation?

My Dear Friends, this film analogy is designed to support and encourage those who wish to gain a clear understanding of the Multiverse.  It is the same basic picture--projected at an infinite number of speeds--each with its own interpretation, characters, and story line.

Though there is really only One who views the picture--this One has purposely fragmented and injected Him/Her/Ourself into all the scenarios--playing each part or, perhaps, assuming the more "objective" vantage point of a tree, standing in the background.  The eyes and ears of each viewpoint become our camera and they film each story plot in its entirety from every possible angle--accessible for us to review at will.  Why would an all-knowing God-Us fragment Him/Herself?   To create a "version" of Himself that does not yet know how the story plot ends.

The Earth Plane is a compressed and distorted version of what you have termed Heaven.  Heaven is right here, not over some distant rainbow.  It is just decelerated and solidified by this process called judgment (or "the knowledge of good and evil").  This phrase is a clear and honest definition of what is called "free will."  To perceive anything clearly, you must have a sense of contrast.  To properly appreciate a mansion in Heaven, one must also have owned a Condo in Hell!

Therefore, even within your tangible Earth Plane there exists a variety of speeds--each with its own perspective and interpretation.  These films, which play for you night and day-- show clearly what happened, how you got here, and graphically illustrate the effect that it has on you.  People pick up the newspapers and mourn over "real life," then they go to the theaters and view "reel life".  Well, friends, it's all the same thing!

You do not create your reality out of nothing.  Rather, you each create your 3D human experience from the everything that flows all around you.  Once you have chosen what it is that you wish to focus upon, you filter out all reference or knowledge of what else could be occupying that same space, so your own "movie" will not be interrupted by other productions that are playing out in the same theater complex.

The pristine perceptual mechanism that you use to edit and refine these inner films far surpasses those which are now being used in Hollywood.  You perceptually leap from one now moment to the next, spanning the whole of space and time--although you do not always let your separation mind know this.  It's the same as forgetting a favorite movie---only to return to the theater to watch it, again and again.

This is a wonderful "system" that has gone on, and will go on, forever.  CINEMA MULTIPLEX---it never closes!  The lights have been turned down and the pictures have kept you completely engrossed.  You've felt elation, despair, horror, adventure, romance, and bewilderment.  Until now, however, you have been confined to your seat in one theater--believing everyone to be at the mercy of just one production.

We are here to usher you into the Lobby of Reconnections--where you will find an infinite number of theaters and productions, all available for your choosing.  And you will learn that you are, indeed, your own projectionist, and director, and actors, and cameraman.  You are so much more expansive than you have ever believed you are!

Let the show begin!  Or, rather, let the show(s) continue.........forever and ever.  For you are not going anywhere.  There is nowhere (else) to go.  For all is One..........and, in Oneness, there is no such thing as "out," though your movie time consciousness occasionally convinces you otherwise.  It is no matter!  The show must go on, and on, and on.

So has it always been.  So shall it always be.  The sleeper dreams---and tosses and turns in his sleep.  And then, comes your time of awakening.

DREAMS OF THE MASS MIND IN TODAY'S MOTION PICTURES

Copyright, 1992-2006, by Daniel Jacob.  All Rights Reserved.  May be copied and shared, for purposes of personal growth and/or research, so long as the above URL and this copyright are included.  All reproduction for profit, by any means, requires the written permission of Reconnections, Inc.