Excerpt from "Dealing with Psychic Disturbances"

Many of you are getting side-tracked today, as you attempt to deal with "alien energies" and paranormal occurrences as though they are something that has originated OUTSIDE OF YOU,  rather than merely another part of your Waking Dream.  You become filled with fear, or awe, and you confront these new and unusual energies by attempting (as some of you put it) "to send them into the light."

Taking into account the upgraded definitions we have just provided you for the term "light," can you see how unproductive this is?  After all, if you have become aware of a particular "energy," to the point that you have brought it into your life and forced yourself to deal with it-- hasn't it already come into the light?  Isn't that what light now means....coming into your conscious awareness?

Another Psychic Disturbance, which is keeping many of your channels closed these days, is your fear of involvement with beings known as DEMONS.  As it is used today, the English word "Demon" comes from the ancient word "Daimon," which means "teacher or guide."  Demons are indeed real, and they have power to teach you, in compelling and unforgettable ways.  What distinguishes a Demon from a Spirit Guide is the fact that the former is brought into your life to mirror for you shadow aspects about yourself, reflections of your hidden self that you have chosen not to accept or face. 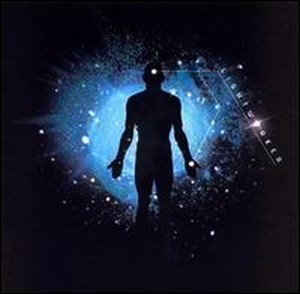 Whereas a Spirit Guide comes along side a person to instruct and to edify--a Demon usually enters the picture in order to foreclose on past due accounts---areas of your life where you have refused instruction or edification.  When we use the word "foreclose," we are being very pointed.  The common element of exchange in the Multiverse is focus of attention.  In order to get what it is you desire from the Multiverse, you must pay the toll to cross over the Veil.  You must become aware of who it is that you are, and what you crossed over to accomplish.  If a person attempts to do business with the Multiverse, without paying attention to these things--he will invoke a Demon, who has been enlisted to guard that portion of his Veil of Forgetfulness.

Truthfully, Demons are no bigger deal in the life of a Reconnected Being than one foot would be to the other foot in a physical body.  They each have their purpose, and they each bear the weight of that body as it moves about.  A King does not enlist a Dragon to guard the entrance to a cave where no treasure is.  Whenever you encounter a Demon in your journey, you can be sure that you are on the brink of a fantastic breakthrough.

Demons primarily use fear and adversity as weapons against unmindfulness or fragmented thinking.  They punish, taunt, distract, divert, and generally harass any individual who has refused to deal with basic issues in life, recognizing and admitting who and what he really is.  Or, if an individual has decided to "sell his soul" for some nefarious advantage in 3D, a Demon will pummel him  until he realizes how foolish and obtuse his perspective has become.   However, in some soul contracts, Demons will allow a particular person to flourish awhile, so he can be used to pummel others who need to be awakened or taken from the Game.  Then, at some point, he becomes Reconnected and awakened as well.

There are primarily three involvements that Demonic Energies or their Minions have with beings in physical form.  First, they portray clearly for you the fact that not everything in the Oneself is meant to be "nice."  Along with "enlightenment," a person must also receive his or her "endarkenment," which forms a clear connection to the primal or instinctual self.  Physical life has its gentle and its brutal side.  You each represent an entire Oneself Spectrum, spanning to infinity.  You are all of it, and you'd better get used to that if you wish to progress.

Secondly, Demons serve as Dark Force Guardians for the Veil of Forgetfulness.  When a person tries to reach for personal expansion out of season, there are Beings who appear to test him, seeking to ascertain whether or not he is truly prepared to go forth into Oneness.  Fears, trepidations, and anxieties will frequently assault the mind and heart of those who are undergoing Physical and Spiritual Transmutation.  If you remember how Master Jesus sweat great drops of blood in Gethsemane, then you will understand why you too must face your inner terrors before you move forward.

Finally, Demons frequently deliver wake-up calls for those who are invoking their Divinity during this, your last journey in Limitation.  We have seen this in your Collective Consciousness, with the Worldwide Open-Heart Mergery that was produced by your "911" Experience.  When it is truly time for you to awaken from your Dream, your own Demons know just what to say and do so that you will become conscious, and open your eyes."

Copyright, 2001, by Daniel Jacob.  All Rights Reserved.  May be copied and shared, for purposes of personal growth and/or research, so long as the above URL and this copyright are also included in their entirety.  All reproduction for profit requires the written permission of Reconnections, Inc.