Now is a time of respite for many parts of the Reconnection Universe.  Having been tossed and turned by winds of decision and transition---many Citizens of the Multiverse are finding themselves inclined towards rest, rejuvenation, and a period of integration.  And if, for some reason, this is not the case in your particular realm at this time, please know that it soon will be.

In the growth and expansion process, it is of equal importance to pause and reflect as it is to move forward and assimilate.  You are where you are for a reason.  Your life is NOT a competition between separated and divergent forces.  That is Old Paradigm thinking!   It is a synchronization of power and purpose, inspiring each fragment of the Oneself to move like clockwork towards a designated goal---the total grasp of which usually lies just beyond your field of human perception.

Your internal rhythm--your connection to the seasons, tides, and pulses of your planet--are one clear indicator of your groundedness here in the World of Form.  Groundedness, by definition, implies that there are things happening (in the heavens and under the Earth) that are beyond your immediate understanding.  After all, you are stationed HERE.........."on the ground"......are you not?

The process of "Phase Shifting".......as we have shared in days past....... implies a pendulum swing of perception and emotion from being fully human to being fully divine.  One cannot depart from a physical location unless he or she has first arrived there.  Now is a time for you to "settle in" to your position here on Planet Earth, so you can be fully connected and fully present for the next unfoldments that will soon be underway.

We are not here to pander to you, or to promise you "pie in the sky, by and by."   Life is not a test.........and you are not, at this level, being evaluated for rewards or punishments that will be administered later.  That belief is playing itself out in other universes.  You have already graduated from that school, and have moved on to another curriculum altogether!

At this level of vibration, everything centers itself in the NOW.  Your present is not the result of your past.  Your future will not be determined by what you do here and now.  Linearity is on the decline. For some, this is happening at an alarming rate.  Others only keep it around, in small measure, to assure their emotional bodies that they have not gone completely mad.

One dear friend of ours has applied the term "Perma-NOW" to describe his current perceptual experience.  Having volunteered to be present as a guide and teacher for humanity during these tenuous transitional times---he is currently releasing his ability to perpetuate the linear illusion to such an extent that he has begun to feel totally surrounded and contained within one singular, absolute NOW.  He moves through his days like a horse, wearing blinders.  It is a matter of distress for him, at times, because he is still in the process of integrating this unusually rapid transition.  He is YOU, all of you......though he appears to have gotten to "home plate" ahead of the rest of his team.  But here, in this place..........there is no "first" or "last."  There is only one continuous NOW, being experienced on all levels by a singular-yet-fragmented, diversified-yet- unified ONESELF CONSCIOUSNESS.

If you are currently being faced with an obstacle in your life---ANY obstacle--it has not been placed there as punishment for some "past" indiscretion or lack of discipline.  Neither is it present because you need to be "trained" or "buffeted" so you will learn lessons and develop certain traits or refinements of character.  Let go of these ego-centered, self-flagellations!  They are as useless to you now as they appear to be in the life of that poor monk, who is currently being portrayed in "The Da Vinci Code" movie.  Have you seen him?  He limps around, from place to place, suffering from wounds he gives to himself.  Ponder that image, because he is also YOU, in many ways. 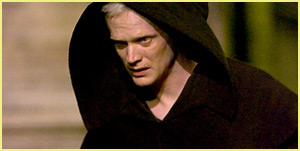 The SOURCE of pleasure and pain always exists in the Now.  Look around, and you will see.  Use metaphorical eyes ("soft eyes") to interpret what is before you........remembering that everything.........every last thing you notice........is reflecting something, some belief or idea which you are currently holding.........calling out for attention!  Once you get your message, and acknowledge the reflections most relevant to your process, obstacles which seem as barriers tend to melt away, or they suddenly transform into allies, furthering you along in your chosen path.

At this level of vibration, no one is really "stuck" in life.  He or she is simply "on hold" until he energetically dilates to his next level of personal expansion.  It seems we're back to internal mid-wifery, are we not?  That expansion will ALWAYS be into more of NOW, though it usually won't appear that way.  Your belief in "there and then" still has power to prevail, if struggle remains part of your growth agenda.  Pleasure and Pain are two sides of the same coin.  Anyone who owns a mansion in Heaven will readily admit that he is also owns a condo in Hell!  How else would he be able to perceive the difference?

If you find yourself "on hold" in one part of your life, why not move to another part that is flowing freely?  Monitor your area of resistance if you must, but OPEN YOURSELF to whatever seems to empower or comfort you.  Transform your "going and doing" energy (overheated and fitful) into "resting and receiving" energy is a wonderful way to pass the time.  Let the pendulum inside you swing the other way.  You will be amazed at how quickly your attitude transforms!  Intensity is wonderful, in its place.  It is one of the seasonings that is found in life's kitchen.  But too much intensity, like too many chili peppers, can spoil even the most imaginative recipe.

When seeking and doing doesn't seem to pay off, in the Now Moment, we urge you to consider stopping and waiting...........so you can see what might be seeking you.  A balanced life involves both polarity expressions.  Your hyper-masculine paradigm is so loaded with stimulation to action and initiative that even biological females find themselves troubled by an urge to "go and do."  The inflowing of Goddess Energy is PEACE, gentleness, opening and allowing.  Even the practice of NURTURING is a masculine energy, is it not?  If you "go and do" for others, you are still "going and doing."  How, then, can anything manage to "do you" in return?

Life is a process, not an achievement.  The appearance of a "finish line".......in any respect..... is a 3D construct, designed to promote the idea of "beginning-middle-end" for 3D experiences.  And that is as it should be.  Beyond the Veil, however, everything that appears to "finish" here continues on and on and on.  Even our words to you now imply that you have "completed" one level of training and have moved onto another.  It is a necessary concession, in the process of communicating eternal truth within a temporal context.

If what you are "seeking" eludes you...........STOP.  Running faster and longer will not avail you.  Anything that doesn't come easily into form is not meant for realization in this Now.  That doesn't mean it doesn't exist.  Everything exists, but not everything is perceived in a physical way.  Your 3D Construct was meant to be a close-up and personal examination of those elements in life that you have been RESISTING, you see?   They would have to be because, in order to become solidified, some part of reality would have to be SLOWED DOWN through personal resistance.

That which does not readily appear for you in the physical can be instantly available to you in the spirit.  Only believe, and it is yours for the taking.  Close your eyes, visualize it and embrace what is.  Only a Doubting Thomas needs physical realization in order to believe and receive.  Is that you?   Oh well, all right.............but life does not have to be hard unless you make it so.  And if you do, then CELEBRATE.  Honor yourself for choosing a rigorous and challenging path!  Honor yourself where you are, whatever you are doing, right HERE AND NOW.

Speaking of "The Da Vinci Code," let us pause a moment to reflect on the current sea of controversy that surrounds the idea that Jesus Christ may have had a wife, experienced sexuality, and even produced an heir. Aside from the separationist notion that such an occurrence would produce a "Royal Blood Line" (royal blood line, indeed!).........what else might we glean from the projected notion that such a universe exists?

Could it be that the lonely Masculine Diety is finally dreaming that He is no longer alone?  After all, movies and books are "Dreams of the Mass Mind," are they not?   As above, so below.  As below, so above.  A hard, masculine stance can give way to a balanced, happy, integrated one anytime it pleases.

Those who disallow such a possibility will immediately produce documents, artifacts, and physical proof---so they may perpetuate their current manner of belief.  So be it.  As we have often said, enough proof exists in EVERY UNIVERSE so that a believing heart can embrace what it wants and an unbelieving heart can turn away.  It is called Conscious Choice.

At this current level of vibration, the primary question to ask is not "What is true?"  Everything is true, within those universes which honor it.  And nothing is true within those universes which don't.  Recently, we have been urging you all to consider Jesus' "Promise of a Lifetime," so you can grasp the truly eternal being which you now are.  Some will embrace the idea quickly, and some will continue to dwell within "Universes that Don't Believe."   So be it.  Everyone has his or her process.

The point is this............honor yourself, where you are.  Give yourself a medal, if you must!  You deserve it.  You've come a long way for someone who has felt like he is continually going around in circles!   Never mind how it feels.  Feelings can deceive you, even as the eyes can deceive.

Trust YOURSELF.  Believe in YOURSELF.  In your perceptual universe, there is none other.  And in other universes, you exist only as a symbol........ part of the ONESELF that has been contracted there for teaching and assistance.  So let it be.  If horror is before you now, swallow it down.........like an hors d'oeuvre........knowing that sweetness and joy is never far behind.  Sweet, Sour, Bitter, Salty.  It's all there, and it's all you.  Savor the Flavor that you are in the Now, and then move on.

We remain your faithful servants, during this precious time.........even as you serve us faithfully in other levels of reality as well.  No one is greater than the other, even if things appear to be so.  A grand illusion, nothing more.  Honor yourself.  Honor your truth.  Everything will be revealed in due time............as you create time to exist.