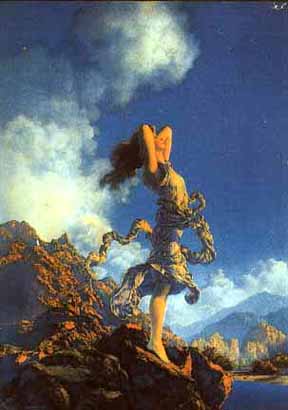 This is an edgy article to write.  The influx of energies of late are filled to the brim with a "new" kind of timbre and texture.......which is a very old one as well.  People are tired, tired.........and yet we are also feeling a growing sense of excitement, bordering on frenzy, in some cases.

Planet Earth is preparing ourselves for a Mystical Marriage of sorts.  The energy of the 12:12 Activation has been called THE URGE TO MERGE........though this is not a reference to some Springtime Romance as we might encounter during Beltane, or within a Mid-Summer Night's Dream.  That is because we are not speaking about HORIZONTAL UNION here (human to human).  We can leave that for May, shall we?

Instead, we are speaking about something very VERTICAL, and something traditionally very hidden from public knowledge.

I am speaking about an experience of Mystical Ecstasy.........an experience of joining with God/Goddess/All That Is.....as an act of transcendent devotion, physical and spiritual union, and Multiversal Reconnection.

Although many religious "mystics" have experienced these connections--such as St. Theresa of Avila and St. John of the Cross--they do not have to be religious experiences at all.  This Activation is far more pervasive and unifying than any human religion could sustain.  In fact, it has been said that religion is more divisive than unifying.......except within the narrow confines of a single belief system.

Recon Carl Gustav Jung said:  "Religion is a defense against a religious experience."

For a man or woman to get behind a Veil of MASS CONSENSUS...........of any kind........he or she is usually declaring one set of principles or dogmas to be "right," and the rest of humanity's beliefs to be "wrong".........or, at the very least, IRRELEVANT.  It takes a good deal of STEAM out of that person's experience of ONENESS, in the Expanded Sense.

But what about a binding force which guarantees freedom, yet draws all humanity together into one bright juncture of intention, emotion, and bliss?  What about being united by a common EXPERIENCE, rather than merely an IDEAL?   What would it be like to be IMPREGNATED WITH DIVINITY?

The Reconnections have just brought forth an invitation.  It is found in the transmission "Anunciation" which is available now on the Web Site.  Here it is for your perusal.  I hope you enjoy it:

It will give an idea of what lies ahead for those who choose to depart from 3D Earth on this new train.

The Guides refer to this binding force as: "Oneself Planetary Community," though the emphasis here is on an INNER MERGE, rather than a political or social system or creed.   It is far less impersonal or BIONIC than "The Borg" from Star Trek........and it can be laced with Sensual Joy and Oneself Resonance--potentiated to an infinite power!

Granted, we're still pretty excited about the "Clans and Tribes" Material, as an exercise.... and we expect that will be a nice tool for growth in grace.  But the mixing and blending that is going on now, in the ethers and within our DNA........is something far more powerful even than that.  It is a blossoming relationship between an individual and THE ENERGY, ITSELF...........The Energy of ONENESS, EMBRACED THROUGH DIVERSITY........bound together with strands of love, resonance, and wholly energized through Conscious Choice.

The Recons have shared with us in detail about THE WORLD OF TIME/NO-TIME.  They described what it would be like to live FREE, and without the burden of DELIBERATE WILL-DIRECTED Effort.  We just FLOW, and we let the world flow with us!   For those who haven't experienced that vision, you can do so here:

As a summation for that vision, the Guides had this to say:

"It is very important, during these powerful times, to get in touch with your personal, inward flow.  The sensations, images, and sounds of it are the closest thing to conversing with ALL THAT IS that you would ever need to know. If you like, you may attach it to some Transcendent Personality--such as Jesus, Buddha, or even The Reconnections. But in the end, you will come to recognize it as the clearest, most vivid and trustworthy part of yourself.

The prime regulator for the experiences of humankind is neither time nor money.  It is your individual desire to move into Separation or to come out of it.  The "collective" is simply a compilation of various aspects of the one who is perceiving it.  It is a mirror, within which each person can view him or herself in a particular moment.  If you do not want to be be powerful, you will create time issues or provision issues to keep you from experiencing power.  When you are tired of that Game, all obstacles to power will fall away, as if by magic.

The shifts and changes we are describing here cannot be enacted through political action or deliberate intent.  They are born of a higher vibration, and can only begin manifesting when humankind lets go of its addiction to ego-centered control, and simply begins to flow with the river of life that has always been within you.

The struggle and hardship of your Limitation Journey are just about complete!   Your hearts are opening, and becoming knit-together through communication, and your growing realization of who you really are."  (end quote) 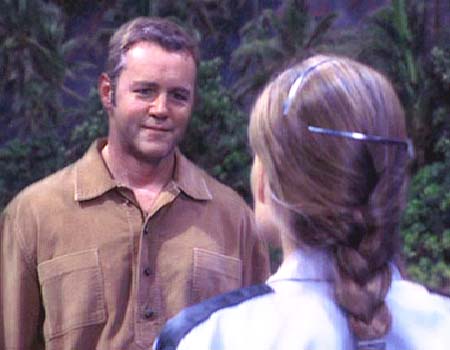 DJ:  My Friends..........CONTACT is about to begin.  For some of you, it has already begun, and has been going on for many years.  For others, it is relatively new.  But for the MASS CONSCIOUSNESS............this intimate joining and merging of heart, soul, body.......inner and outer senses...... will come like a thunderbolt out of the blue!

It will be an ENCOUNTER........of a similar intensity and potency as that experienced by Apostle Paul on the Road to Damascus, when he met Jesus.  It will be an ENCOUNTER........of a similar clarity and compelling reality......such as has often been reported by those who see UFOs, meet ETs face-to-face, or travel aboard Star Ships which now sail the night sky--monitoring our planet, lest some foul plot of sordid humanity should confound the EARTH EXPERIMENT before it comes to fruition. 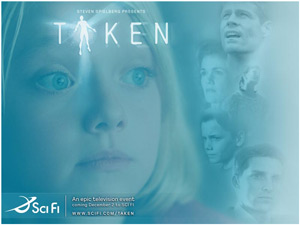 And finally.......it will be an ENCOUNTER..........such as mortals of old wrote about in the books of myth and faery that line the shelves of libraries across the land.  Do you believe in faery?  Oh yes, my friends....the Ultraterrestrials LIVE, and they have much to tell us.

About our Transforming Earth Plane, the Reconnections had the following to report:

"Ascension is not just about bunches of people going up.  Humankind is also in the process of bringing Heaven down to Earth as well.  Many universes there are, and many ways in which this intent is playing itself out.  It's just as easy to lower the ceiling as it is to raise the floor.  But why would you want to do this?   Primarily, it is because most of the best things are happening down here on the floor!  The celestial realms are limited, even though they are vast.  A person can be just as blinded by too much LIGHT as he can by too much DARK.  This is why physicality was invented, and why your collective evolution is so important to so many different life forms at this point in history.

The Physical Dimensions are becoming a primary meeting place for the Celestial and the Internal Realms, also known as the Underworld.  There are "meeting rooms" here where Inter-Dimensional Delegates can share their intrinsic worth with each other, without losing the purity of who and what they are.  The Archetypes who administrate the absolute levels of those realms will never actually meet, except through each of YOU.  Your individual and mass consciousness is becoming a cauldron, into which is being poured all the best and most dynamic elements of Light and Dark, Form and Void, God and Goddess.

Going UP in vibration, you have access to Logic (Logos)---the Realm of Pure Idea.   Moving DOWN the scale will bring you into Realms of Pure Emotion and Passion (Pathos).  In Oneness, neither supercedes or dominates the other.  A Guardian Spirit guarantees this.  At present, your planet is moving rapidly towards what is called "The Edge of Here and Now" which is neither up nor down, but a point between.  From this point, your various Delegations will have access to everything, and be limited to nothing. 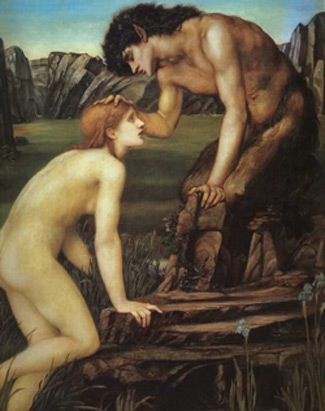 From the Realm of Infinite Possibility (R.I.P.),  will come your "mountains" to visit.  They will most often be wearing modern garb, and will seem to be deeply involved in today's business.  Your challenge will be in recognizing them.  Some very dynamic individuals traverse the Portals regularly, disguised as ordinary folk, while others prefer to assume the form of inanimate objects or animals.

All your "witnesses" are watching, waiting for the time when your perceptual skills sharpen, and your awareness begins to call them forth---like genies from a bottle.  All are here to help, during this powerful time on the planet."

---from TRANS-PORTALS:  TRAVEL WITHIN THE MULTIVERSE.

The material about Kundalini Fire is a beginner's primer for what we are about to experience, if we're ready.  Have you read that one?  Here it is:

In truth, it doesn't matter what genre or culture we use, to speak about the VERTICAL ACTIVATION......Angels, Gods, Goddesses, Faeries, ETs, Whatever...........when "The Sons of God" decide that they are attracted to "The Daughters of Men"........and both sides of the interaction decide to DO SOMETHING ABOUT THAT..........the result is GENETIC MUTATION on a global scale.  And friends.....it's happening now.

I laughingly said to some friends:  "The Guides are telling me to share this information.  And they have even more they will be bringing through on 12:12.  The Archetypes are looking for lovers....and I'm beginning to feel like a pimp for the Gods!"

And yet.........The Reconnections' Spirituality and Sex Series completely derails the idea of Sexuality as we have come to know it.  The type of Spiritual-Sexual Interface that is developing now could never be thought of as "doing the nasty"......as some souls tend to refer to sex.  It is the very SOUL of innocence..........laced with a fire of eternal passion and complete fulfillment and connection that literally defies description.  In other words:  THERE ARE NO WORDS........

The Alchemical Artwork of Nan Deressa

Some of you are old enough to remember that film "Barbarella".......starring Jane Fonda and John Phillip Law.  Remember that scene where she tries to make love with the Angel?  It was a classic.......!!  It raised a lot of eyebrows, and even more QUESTIONS.........as people began to get a grip on something that has been going on for centuries.

More about this in future.  I'll probably offer a Teleclass soon as a review, for those not in the immediate area.